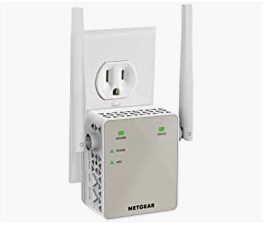 How Wifi extender can reduce speed

This would reduce the speed when the user is connected to the wifi extender, due to the number of devices it has to cross before reaching the router where internet is connected.

How Wifi extender can increase speed

Assume a scenario where there is a wireless router at home. There are two users at home, User 1 is sitting in the room where the wireless router is installed. User 2 is in a different room.

In this scenario, user 2 would have lower speed than user 1 due to the placement of the router. By installing a wifi extender in the room where user 2 is sitting, the wifi speed can increase significantly since the wifi signal is now stronger by having an extender.

Note that, user 1 would still be enjoing a better speed than user 2 , due to the closer proximity to the wireless router.

Yes. This is possible. You can have multiple wifi extenders setup in a home. But this may not increase the speed significantly since the number of wifi devices to reach the internet is also increased proportionaly.

Yes. There are dual band wifi extenders which work on both 2.4 Ghz and 5 Ghz. This is especially useful in a scenario where you need to segregate your home network or have a dual band router.

The 5 Ghz radio would be much faster than the 2.4 Ghz radio.

My network is slow because of extenders. What is the best option available to increase speed

Upgrade your network to mesh network. This would significantly improve the network speed as well as your overall internet speed. Mesh technology is designed to eliminate the need for wifi extenders and boosters.

It solves the problem of wifi dead spots by providing seamless internet connection to all rooms.