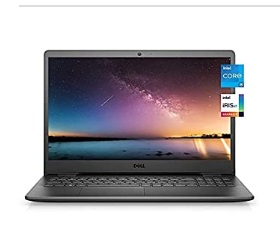 Scenarios where you can be connected to Wifi and LAN together

Scenario 1 : Wifi and LAN connected to the same router

Check out Wifi adapters for laptop

How does the communication work

Assume that you access a website from the laptop. During this time, a connection is initiated from one of the interfaces (Wifi or LAN). Which interface do you think would be selected by the laptop for establishing the connection ?

This is where the concept of routing tables is used by the operating system of the laptop. When there are two paths to the same network, the path with the lowest metric value would be selected. This is explained below:

Scenario 2 : Wifi connected to router and LAN to a different network

A common scenario is where you are using the LAN card, which is typically faster than your wifi card to access bandwidth intensive in house applications or for gaming.

How does the communication work

1. In scenario 1, what would happen if the wifi card connected to the router fails and this was the connection used by my laptop for accessing the internet?

2. Which adapter would be selected by the routing table as a default?

The adapter corresponding to the lowest metric value in the routing table would be selected.

3. Does routing table assign the metric value to common paths based on the speed of the interface ?

Not necessary. This would depend on the operating system and the technique it uses for selection of the interface.

4. If I use an additional wifi adapter , can I use three adapters to connect to three different networks ?

Yes. This is absolutely possible.

Check out Wifi adapters for laptop

A switch has to be purchased for setting up this network. Identify the number of devices which would be connecting to the network including the server. Based on the number, the switches can be selected.

Connect the LAN interface of the laptop to the switch and configure it with an IP address which is different from the wifi network.

6. I want my desktop to connect to wifi and use LAN for another network. What should I do ?

Purchase a PCI or a USB card and connect it to the desktop. Connect the card to the wifi router and the LAN card to the other network.

7. I want to force my laptop to take the LAN interface in scenario 1. What should I do ?

The metric value of the interface has to be set at a lower value than the wifi card. This has to be done manually through the command line of the operating system.

8. In scenario 1, will the internet speed become faster because both Wifi and LAN is used ?

No. Only 1 card is used at a time. The cards are not aggregated. So the internet speed will be the same irrespective of whether you use 1 card or multiple cards.

9. Is there any benefit of using Wifi and LAN together ?

In scenario 1, one of the connections can be used as a backup. In scenario 2, two networks can be setup. But it should be noted that there would not be any performance improvement since only one network connection is used at a time.