If you are planning to host a server on a cloud infrastructure , be sure you implement the following 10 security best practices. 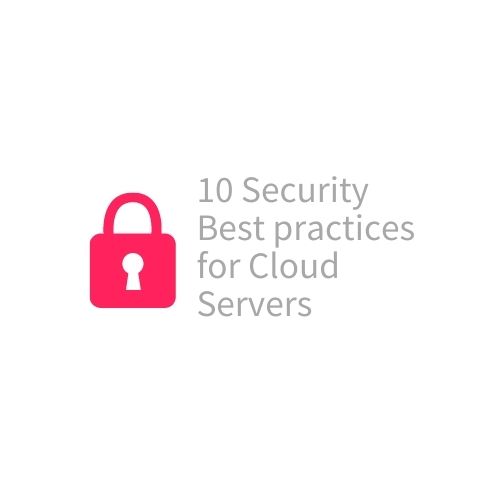 1. Ransomware and other malware

Ransomware is the most dreaded cyber attack where the hacker encrypts all your sensitive data and demands a ransom for decryption. Ensure that the cloud infrastructure protects your resources and data from malware and ransomware attacks.

DDOS , which stands for distributed denial of service attack is launched on websites to make them non serviceable. This would create downtime and loss of trust and revenue. Ensure that the cloud infrastructure has necessary security appliances or services which would identify and block DDOS attacks

Ensure that there is a proper data backup policy in place. It should be possible to recover the data in the event of any unforeseen incidents.

Data leaks can happen in various forms. An insider can copy data to a USB and use it outside the company network. Or a hacker can gain unauthorized access and transfer the data to other locations. The cloud infrastructure should have proper security mechanism which would prevent the occurrence of data leaks and breaches

7. Secure Data at rest and in transit

Ensure that the cloud infrastructure has a proper security monitoring process which would help identify threats before they occur. This would significantly prevent down time of the application.

9. Server downtime in the event of an attack or unforeseen incident.

Appropriate measures should be implemented ,which would ensure that the server and appropriate application should up in minimal time, in the event of an attack, or any other unforeseen incident.

SSL inspection is the process by which SSL packets send between the client and the server is inspected using firewalls. This would ensure that the malware and other threats hidden in SSL is blocked. Since the majority of internet now works on SSL, this feature or service should be implemented on the cloud infrastructure.